(I)
One-week assessment-trip to tsunami devastated areas – realizing the frustration of IDP camps permission, on the same day my colleagues travelled to Vavuniya (the largest IDP camp), I was arranged to alternatively conduct a school maintenance survey in tsunami areas. 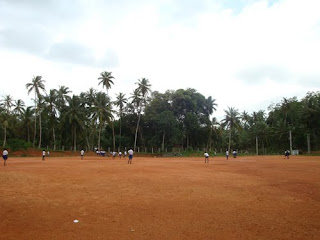 photo 3: Students happily playing cricket on the playground. This IDP school is lucky, it has plenty of space for a playground. But it is dusty in the sun and muddy in the rain. (taken at Devapathiraja Maha Vidyalaya)

It’s more than 4 years since the tsunami washed up this area in Southern Sri Lanka. As a response to the tsunami, donors gave funds for the rehabilitation of a majority of the affected schools. Input in construction was immense, well facilitate schools were built up and after that, schools were handed over to the government. Teaching has returned to normal. This re-visit intends to find out whether buildings and facilities are being properly used, and how much the community participates in the maintenance – it is assumed that an active community participation solves the current problem of non-participation and eventually improve the quality of education. 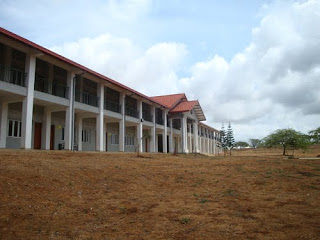 Photo 4: All donor schools have nice buildings. This school is well decorated yet, suffering from extremely dry climate, no plants are grown. (taken at Tsu Chi National School)

Altogether we visited 12 schools. Findings showed that lots of supports are absolutely needed in these schools in the long run: construction of buildings is only the first step that guarantees education to take place. I see the major problems as: 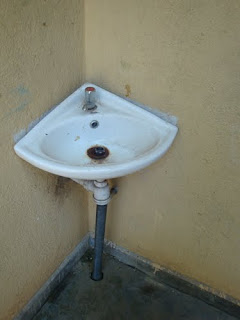 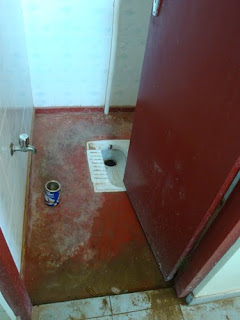 1) NO FUNDS AT ALL to pay for maintenance. A majority of schools are rated poor in maintaining existing facilities, namely classrooms, labs and toilets. Some schools are extremely dirty and the environment has affected study activities. All schools claimed that it is lack of funds that made them unable to keep a tidy environment, e.g. no one takes the cleaning duty (no money to pay for a cleaner, while teachers & students are not able to clean the whole school), or no brooms and soaps etc.

To date, not a single classroom turned on the lights. I asked every school about this, and replies were identical: they cannot afford the electricity bill. A number of schools were cut electricity from time to time. Classrooms are dark even during daytime. 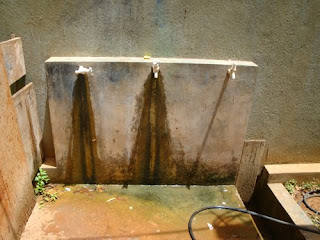 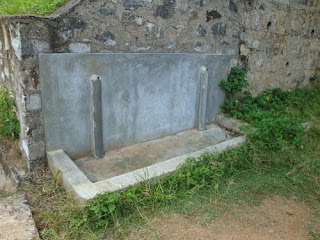 Photos 7&8: One school has bad leaking pipes; the other doesn't have tabs or water at all. (taken at Zahira School and Kudawella Jayawickrama)

2) LACK OF RESOURCES for further development. Currently, except for the government, there are no funding sources for the schools; apparently a poor country cannot afford this expensive (free) education system, and the schools lack outside resources. The tsunami was somehow an “opportunity” to receive international aids, but once the money quit, they remain nothing.

In almost every tsunami-affected community there is a voluntary “school development committee” formed by parents, teachers and principles. This was initiated to help out schools via community participation (through regular meetings). But 2 problems make this function less useful: firstly, they are not able to fund. These are poor areas and limited capacities within the community in terms of funding. Funding remains a problem never solved in SDC meetings. Secondly, they lack capacity also in terms of participation, i.e. discussion, putting forward solutions, execution, etc. A teacher pointed out that capacity building is a “pre-requisite” for the committee. The major reason behind is, as several principles observed, that 75-80% of parents are fishermen – this means the father goes out for weeks in the sea, and the mother looks after all household routines; participation among fathers is impossible while decisions are hardly made by mothers – men dominate decision-making. As a result, the 2-3 time annual SDC meetings don’t bring schools a better situation.

They need help from the outside. Now they feel abandoned. 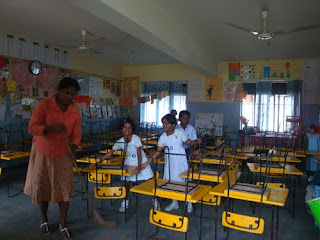 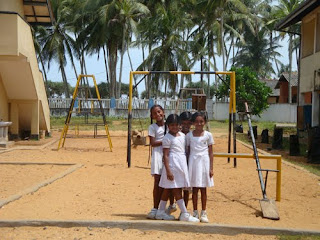 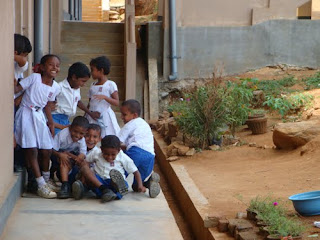 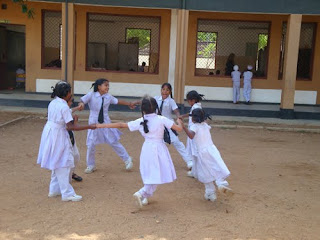 Inside the Mountains - II

Inside the Mountains - I

55 months after the Tsunami - II

55 months after the Tsunami - I

Emergencies in IDP Camps - I