(I)
It’s been two weeks in Colombo. It is such a massive city that I have to commute for more than 30 minutes from Y.W.C.A. to the office on the other side of the city, and crossing Colombo streets is not as pleasant as travelling the Highland railway. Except for this black half-hour, days are generally cozy: imagine a white-collar work from 9am to 5pm everyday. It is just like that. Though I faced loads of data collected from the fields – SAD data, giving them emotions – and felt that much is needed to be done, I just had no idea how much longer an ‘outsider’ like me has to wait for permission to see the real situation inside IDP camps.

Two weeks of data analysis and reporting has given me a lot of insight into the education downturn in war-affected areas. Not only were children killed, injured, losing parent(s) or, in LTTE controlled areas, becoming child soldiers, all residence were forced to leave their homes and placed elsewhere like refugees, these are IDPs (Internally Displaced Persons) temporarily sheltering in crowded, short-facilitated IDP camps.

There are ‘schools’ in IDP camps, though. These are either space under a tree or a tent, accommodating fifty to hundred children in a time. They are in short of teachers, as teachers are also victims of the war. Lack of exercise books, blackboards, desks, chairs etc is needless-to-say. Also, in Sri Lanka, students don’t go to school without proper uniforms (in their free education system, the government provides 1 uniform per student. I have never seen a student go to school without uniform, even preschool children. Sri Lankans see proper dressing as crucial, no matter rich or poor), and they are in great need of uniforms, too.

Absence from school is common, 10-20%. Some areas exceed 20%. Reasons vary, some due to war and some awareness. Insufficient health service and lack of continuous medicine supply make ill children unable to attend school; shortage in materials (exercise books, pencils…) also causes missing attendance – in the case of school uniforms, again, children have to use the same one-and-only uniform for a week, so some are not willing to go to school because of this; there are domestic difficulties. Children are involved in housework, or are sent in queues for food and water distribution in camps. Some parents are not interested in sending children to school…

And there is a high percentage of children under stress. Also some children lost father or/and mother, injured or disabled. These children need special attention. In the IDP camps, there are nearly 40% of them! 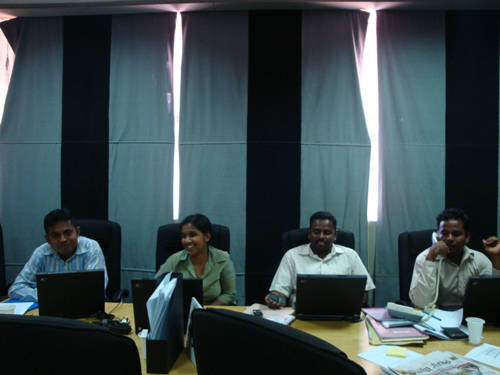 p.s. I was told to keep needs assessment figures confidential, so no concrete number is showed here.

Inside the Mountains - II

Inside the Mountains - I

55 months after the Tsunami - II

55 months after the Tsunami - I

Emergencies in IDP Camps - I