[b]Megan Foo: How did you come up with the concept of Brickonomics?[/b]
[b]Kamil Pruchnik:[/b] I have two younger brother (twins) that are 9 years old. Two years ago, we were playing together with LEGO bricks in front of the TV, when and add of a commercial credit popped out on the screen. After the advertisement was gone, my brothers asked me questions like: what is credit? what is interest rate? etc. I used LEGO bricks and build towers of assets and liabilities for each one and simulated a credit transaction between them. Surprisingly, they got the idea right away. This was the moment I realized, how much educational potential is in LEGO bricks. They are fun, available and kids are familiar with LEGO. As a result, LEGO toys spur imagination and make it easy to learn abstract concepts as bricks have different shapes and sizes and yet are simultaneously standardized. If it worked so well with my brothers, why wouldn’t it work as well in a classroom? I was toying with this idea for over a year and eventually came with the proposal for Brickonomics – game, which utilizes the values and potential of LEGO and uses those to teach basics of economics.
[b]Megan Foo: Just exactly how does Brickonomics work?[/b]
[b]Kamil Pruchnik:[/b] The game is played in classrooms. Students form teams and play the role of a government that has 4 years to introduce certain economic reforms. The goal of the game is to boost economic growth in Brickoland – a fictional country that is very similar to Poland. The impact of implemented reform is measured by four economic indicators: Gross Domestic Product, Consumption, Public Debt and Unemployment Rate. Each reform is illustrated by shifting LEGO blocks to or/and from the LEGO towers. As I mentioned before, Bricks are a universal and familiar tool, used and loved by many students across the world. Our game uses bricks as building blocks of towers that symbolize each of the four economic indicators: Gross Domestic Product, Consumption, Public Debt and Unemployment Rate. In Brickonomics, each brick represents a different value that ultimately becomes a building block of an indicator (represented by a LEGO tower).
[b]Megan Foo: What facets of Economics does Brickonomics cover, and to what depth of knowledge?[/b]
[b]Kamil Pruchnik:[/b] Very preliminary – we introduce very simple yet important and (normally) misunderstood concepts such as GDP, GNP, Unemployment, Taxes, Public Debt. We conducted a survey among students when we were developing the game to know what was “missing” and we realized, that students struggle with those very basic yet very important concepts.
[b]Megan Foo: Where do you think the importance of learning Economics in high school lies?[/b]
[b]Kamil Pruchnik:[/b] Elements of economics are already a part of curriculum for entrepreneurship class taught at high schools. High school is the right time to introduce the mechanisms of economics in the context of a particular country, as students between the age of 16 and 19 usually start shaping their first political and economic views. Lack of understanding of economic concepts hampers an informed public discussion on economic challenges facing the country. Improved understanding of economic mechanisms empowers young voters to choose leaders, who present the most effective economic program for the country. It also allows them to be active participants of discussions on current and future economic policy in Poland.
[b]Megan Foo: How is learning from Brickonomics different from studying a high-school Economics course (e.g. A-Level Economics, AP Macro/Microeconomics, IB Diploma Economics HL/SL, etc.) or reading Economics-related books[/b]?
[b]Kamil Pruchnik:[/b] Describing impacts of particular reforms using a board game makes the concepts easier to understand. It also encourages players to cooperate and, above all, educates in an entertaining way. As an innovative tool that demands interaction, exchange of beliefs and effective decision-making to build a consensus within a team as well as reach the best possible outcomes.
[b]Megan Foo: Why do you love Economics?[/b]
[b]Kamil Pruchnik:[/b] Economics is a relatively young science – and is still changing. New concepts and ideas from other sciences such a Sociology, Psychology and even Biology, are being implemented to it, and economics enters new frontiers every few years that are truly revolutionary. Thus, economics is – in my view- the strongest candidate, to tell us more about or life and how we live than any other science. Oh, and I also believe, that God is an economist (laugh). 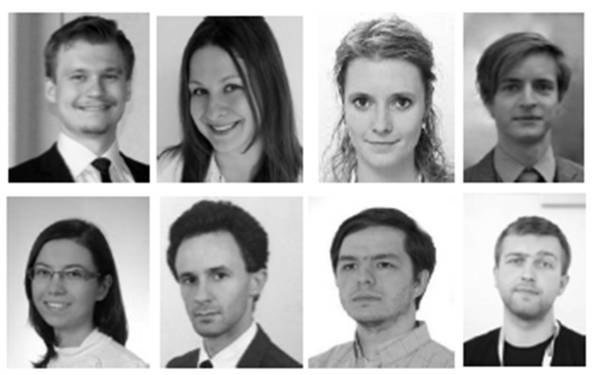 [b]Megan Foo: Who is your favorite economist and why?[/b]
[b]Kamil Pruchnik:[/b] That is a hard question. I guess I am not a big fan of economists that concentrate their time and energy only on economic research and constructing new theories, that are understood by very few and hard to implement. I am well aware that this is what keeps economics, as a science, going and it is amazing how much passion for research those people have. Yet, personally, I prefer economists that put knowledge into practice and change the world. A formidable example is professor Leszek Balcerowicz from Poland, who, basically, is the father of the free market reforms in Poland, which transitioned my country from communism for capitalism.
[b]Megan Foo: What advice would you give to prospective economists and entrepreneurs?[/b]
[b]Kamil Pruchnik:[/b] Don’t be afraid to have crazy ideas. Test them, play with them, don’t push them too hard and give them time to grow in your heads. You never know if such an idea will eventually re-shape how people live, learn or perceive different concepts. Also, try to get (once your ideas are more or less clarified) to talk and consult your ventures with people smarter and more experience. There is nothing wrong with asking for help. Trust me, you will be surprised to know, how many times people will help you – you just need to let them know about that. For more on Brickonomics and how we created it, please visit: [url=http://www.brickonomics.org/]http://www.brickonomics.org/[/url]

Teacher Appreciation Interview with Aideen Robbins of The Umbrella Foundation

Interview with Macartan Gaughan, Director at the Umbrella Foundation Nepal

Interview with Marilena Choguaj, Coordinator of Innovation at Starfish One by One

Giving Back - Interview with Gena Blumstein of Citibabes

Educational Innovation in Economics: Interview with Kamil Pruchnik of Brickonomics

Interview with Mary Dupont of the EfforTZ Foundation

What Does Girls&#39; Education Mean to You?

Our Featured Givologist of the Week: Prashanth Srinivasan, President of the NYC Chapter

Our Featured Givologist of the Week: Max Jaychuk, Head of Google Analytics

Be the Roots of Change - Interview with Katence Olson of GIVE

Our Featured Givologist of the Week: Dorothy Chen, Tech Associate

Our Featured Givologist of the Week: Will Flattery, Director of Sponsorships

Our Featured Givologist of the Week: Avika Dua, Newsletter Editor-in-Chief

Our Featured Givologist of the Week: Allison Zaucha, PR Director

Our Featured Givologist of the Week: Rachel Chuang, Director of Special Projects

A Kickstarter for Positive Change: Interview with Claudio Blunschi of CV-4D

New Volunteering Videos Uploaded to Our YouTube Channel! [Part One]

Our Featured Partner of the Week: La Vallee Community Update

Our Featured Givologist of the Week: Liza Rafael, Media Director

Sculpting Lives, Shaping Children&#39;s Futures Through Art: Art for a Cause Feature

The Potency of Documentary Film: Interview with Siddhi Sundar

Our Featured Givologist of the Week: Liu Jiang, Givology CDO