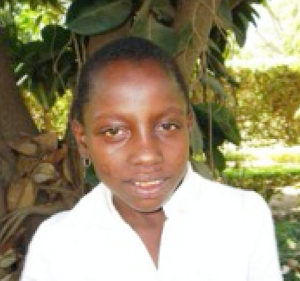 [/font]
Anjela’s scoliosis continues to be treated, principally with custom made back braces as her body changes. Without these braces and the hard work of the doctors and custom brace makers, Anjela’s spine would continue to curve and eventually press on her heart and lungs leading to an early death. Instead, her spine remains where it was almost two years ago.
In addition, Anjela had completed 2nd semester at Sangiti secondary school with an improvement over 1st semester! She has now completed 1st semester of Form II and has achieved an average grade for the semester of “B” and places 13th out of a class of 85. We are quite pleased with Anjela’s grades this 1st semester of 2017.
Thank you to Givology supporters for helping making it possible to stop the progression of her scoliosis.

December 2018 Update: A Letter from Anjela!

May 2018 Update from Anjela

A Update from Anjela!