I remember once a few years ago, I was speaking to a classmate of mine who referred to the civil war in Sri Lanka and how that affected her family there. When I first heard I felt slightly taken aback… “civil war? Sri Lanka? Why haven’t I heard of this before?” Once I heard I immediately did a quick Google search and tried my hardest to comprehend the history of such a war. I keenly remember how I felt after realizing my ignorance about the Sri Lankan civil war. I felt… well I felt embarrassed. How did this escape my notice?

Well, this disappointment in myself happened to me again when I first heard about the Ugandan Civil War. Once again I thought “civil war? Uganda? Why haven’t I heard of this before?” I once again quickly remedied my ignorance through the internet.

I won’t go into why I think we don’t hear much about civil wars in Sri Lanka and Uganda, but I will delve into what I proceeded to learn about Africa’s longest running conflict.

The two sides fighting are the Ugandan government versus the Lord’s Resistance Army (LRA).

The LRA is a rebel group that believes in a amalgamation of Christianity, mysticism, witchcraft and Acholi tradition. One of their main goals is to have Ugandan law dictated by the Ten Commandments and Acholi tradition. This is an assumption though, scholars consider the LRA to be one of the least understood terrorist organizations in the world. When hearing LRA leaders speak there are obvious hypocrisies between what they say and do. They have raided boarding schools and villages repeatedly in order to abduct children. In total by 2005 over 20,000 children had been abducted. The boys were used as child soldiers and the girls as sex slaves for the older soldiers in the LRA.

Due to the turmoil many people in Northern Uganda have been forced to live in refugee camps. Living in these conditions means these people cannot farm their own food thus creating a food shortage in Uganda.

Strangely enough the group fighting for the Ten Commandments is the same group which in December 2008 raided and massacred many people attending Christmas services.

I can see why the LRA is one of the least understood terrorist groups.

I cannot fully wrap my head around what is going on in Uganda, but I encourage everyone to read more about it. What I can now understand, though, is the full significance of the Ugandan Peace Primary School.

I will quote a young girl named Mulungi Zaina who attends the school, “I am a Catholic and I go to St. Luke’s Catholic Church on Sundays. In our school we have Catholics, Protestants, Born Agains, and Muslims. We all get along very well.” 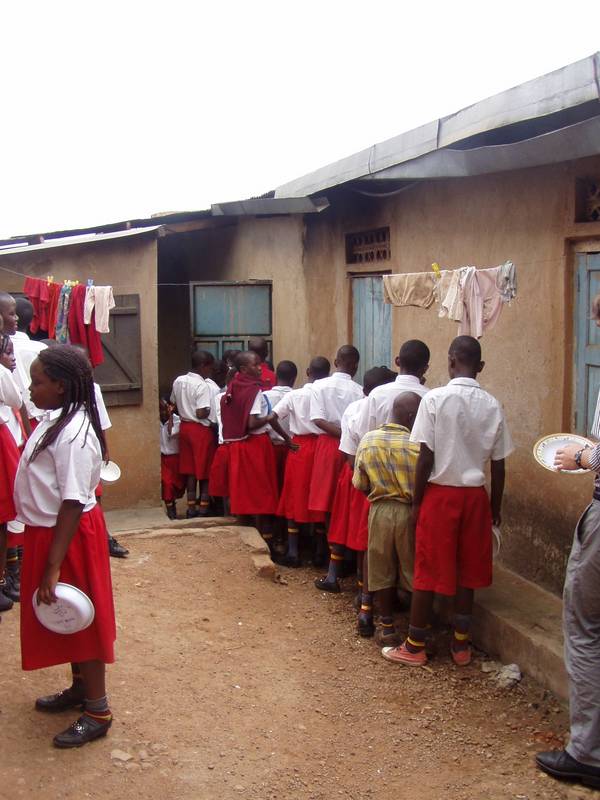 A Little Closer to Peace

The Dangers of Simplifying

Before we cling to our cosmopolitans, lattes, and green tea fro-yo